A cross-party group of 108 Parliamentarians have written to Boris Johnson, the Prime Minister, to demand that he acts robustly to any Israeli annexation of Occupied Palestinian Territory.

In a letter, sent from the Britain-Palestine All-Party Parliamentary Group, the Parliamentarians - including a number of MPs, writing in an independent capacity, that CMEC has engaged closely with - call for the Government to respond to annexation of territory by Israel in a way that demonstrates that Britain is willing to firmly stand up for the rules-based international order.

*Since the letter was published, the following MPs have now signed:

The total of parliamentarians who have now signed stands at 115. 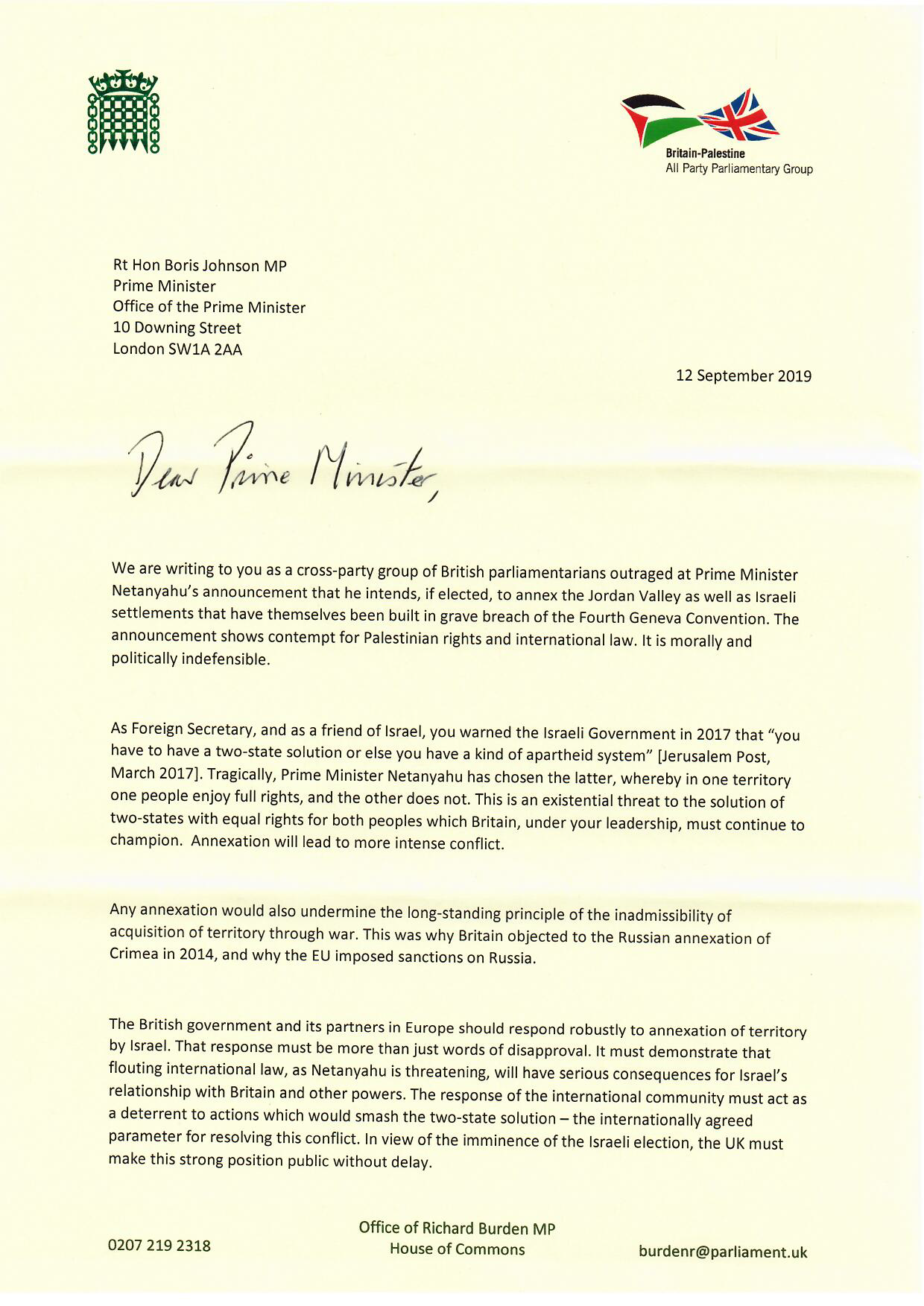 Topics in this article

News 19 Apr 2021PODCAST: What are the prospects for Palestinian elections in 2021?LISTEN TO THE PODCAST HERE Palestinian legislative council elections are ta…

News 21 Mar 2021The UK and Iran: beyond the JCPOAIn 2018, President Donald Trump withdrew the United States from The Joint Comp…